In the field of Energy and Mines, Taleb Ould Abdivall, one of the founders of E ² M, has to its credit the following:

He is responsible for the the implementation of a policy that has increased the share of renewable energy in the energy mix of Mauritania from 0% in 2010 to 30% in 2013.
He oversaw the launch and execution of the 15 MW “Cheikh Zayed” photovoltaic plant in Nouakchott (commissioned in 2013) as well as the 6 MW photovoltaic – thermal hybrid Plant in Kiffa (expected in 2014). In addition, he sponsored the first wind power plant in Nouadhibou (4,4 MW) and the second one in Nouakchott (31,5 MW) as well as the first Solar Power Plant in Zouérate (3 MW).

Taleb created in 2011 a Gas to Power Company named “SPEG”, which is structured as an IPP. SPEG will be in charge of producing electricity from Banda offshore gas field operated by Tullow Oil. This Public Private Partnership between the State, SNIM and Kinross Gold Company is expected to produce 700 MW starting from 2014, It is also expected to supply electricity to its shareholders, exporting the surplus to neighboring countries (Senegal, Mali).

As a CEO of SNIM, he supervised the launch of Guelb II Project, the largest SNIM’s project ($1,1 billion US) aiming to modernize and increase the production capacity from 12 to 18 million tons of iron per year. This project also includes the upgrading of the railway (Zouérate – Nouadhibou) and the construction of a new mining port that can accommodate 250 tons vessels.

In addition to the launch of this important project, Taleb expanded and strengthened SNIM’s policy to establish subsidiaries companies. Under his mandate the following structures have been established:

In the mining sector, Mr. Abdivall conducted the revision the legal framework of Mining to make it more attractive for operators while preserving the interests of the country. Thus, the number of permits awarded afterwards soared from 169 to 328, almost 100% increase in 2 years.

In the field of professional training, Mohamed Baba, one of the founders of E ² M is a known professor in France and he is the first coordinator for the mining school of Mauritania. He also established an integrated preparatory engineering chemistry program in Clermont-Ferrand..

In addition, Mr Baba is the inventor of a new oil product called “Toogga”, which is produced from a tree that grows only in the Sahel countries. His invention was recognized among the best invention in Africa in 2013. Currently, he is working on new projects that are environmentally friendly and may be of great interest to the extractive companies.

He is in charge of the development of new projects and the environmental activities for E²M. 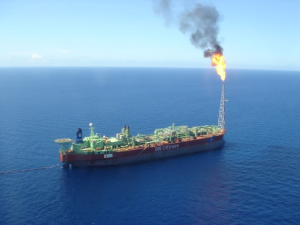 The founders of E²M have an extensive experience in the upstream, midstream and downstream. From boosting exploration through the elaboration of attractive legal framework to strategies to monetize hydrocarbon resources, Mr. Abdivall and Mr. Boidaha have worked closely with Foreign Oil Companies to enhance the business environment within the oil and gas sector in Mauritania.

As the Minister of Petroleum, Energy and Mines Mr. Abdivall introduced  a new financial approach and several measures that allowed SOMELEC (the national utility company) and SOMAGAZ (the national domestic gas distributor) to avoid bankruptcy. The downstream sector has been at the center of important decisions that allowed the Government of Mauritania to gradually reduce the substitute while increasing the quality of refined products imported to the country.

Mr. Boidaha has a proven track record in the elaboration of hydrocarbon laws, production sharing contracts, the set up of national oil companies, Gas sales Agreements, Power Purchasing Agreements, project financing, and auditing.  He has advised several Ministers in Mauritania and other African countries.